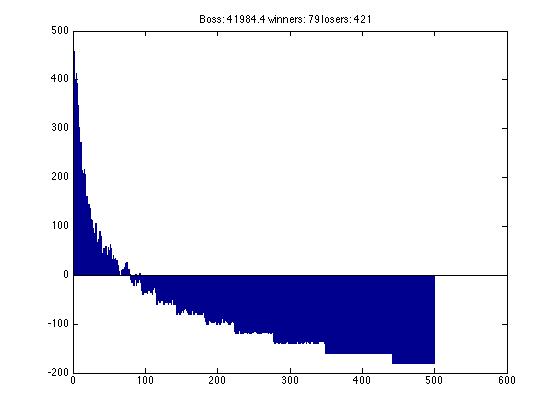 My previous post on TelexFree was the result of a quick spreadsheet model that assumed a geometric growth rate that was uniformly assumed for all members. On a recent flight, I built an object oriented model in MATLAB to more realistically show how telex works. This is a really fascinating system.

First, all my code is here on github, but I incorporated the following items:

There is a lot to talk about here, but I wanted to share the interesting nature of networks you get if you consider a stochastic conversation rate. Here are four plots at different levels of conversion probability: 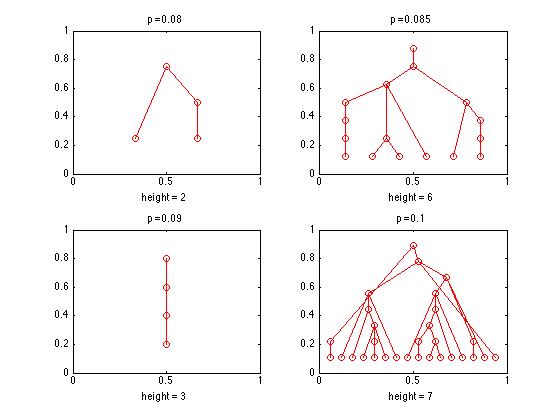 And after a little more work, I incorporated some more dynamics and ran the model for a simulated year. In particular, now:

Here are my results: 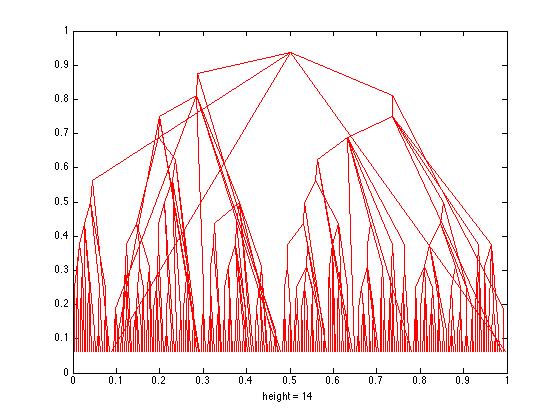 If I increase the network growth to a maximum of 5000, the curve starts getting much steeper with a big winner with around \$650, the owner now has \$487,216 (they would have had much more if they wouldn’t have waited until growth stopped). They shut down the operation at the 46th week when their cash flow diminished to 5 weeks of possible payment. As the network grew, the percentage of winners went down to 12{aaa01f1184b23bc5204459599a780c2efd1a71f819cd2b338cab4b7a2f8e97d4} and the losers lost an average of \$-127. However, see how very similar the curve shape is overall. The system behavior is very robust when compared with market size and membership fluctuations. 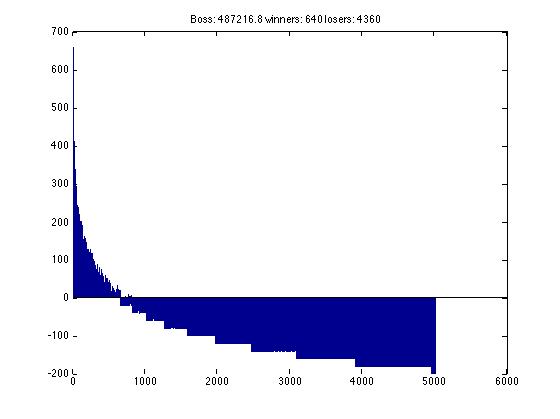 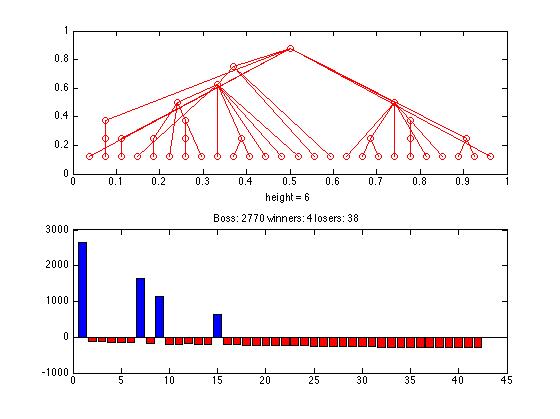 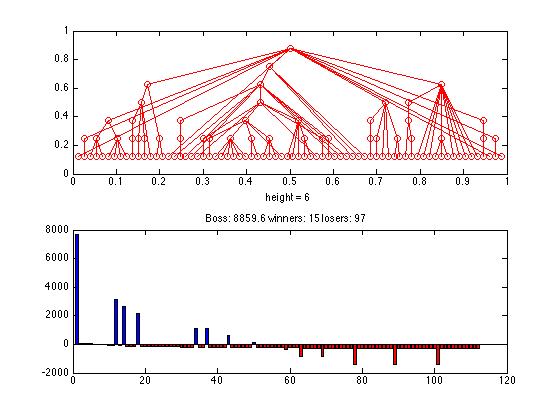 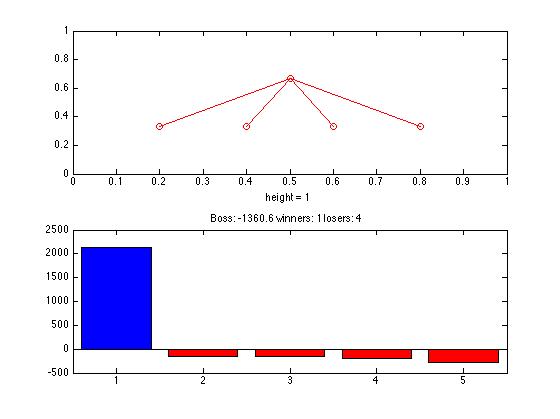 See how very differently the three scenarios developed. From a year the boss made either \$2770, or \$8860 or lost \$1360. This seems much more realistic as different individuals are going to have very different experiences, depending how aggressively they recruit and how lucky they are. In the zealot model, few nodes have large downstreams, which means that few individuals profit and not necessarily the earliest members. Also, most losers only lose a modest sum, but they are vast in number. The third scenario is the worst for the owner and that is when an individual goes all in, but fails to recruit other members. The network never gets anywhere and that member never becomes a profitable node. This tells me their strategy is to actively reward growth.

If I have more time, I would like to better understand the following questions: