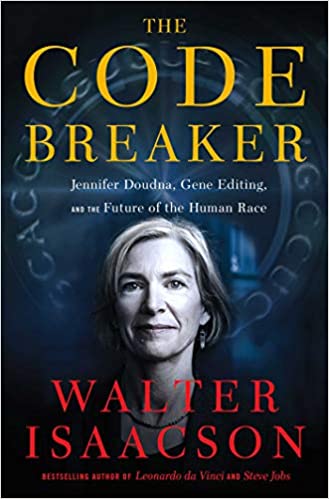 Walter Issacson’s words formed my understanding of Albert Einstein, Benjamin Franklin, Steve Jobs and Leonardo da Vinci. Given his habit of writing engaging biographies from the most well known people on the planet, I was surprised to hear that his latest book was about someone I’ve never heard of: Jennifer Doudna. This is probably both because she isn’t yet a household name, but also because biology and chemistry are fields that I’m just not familiar with.

All the more reason to love this book. First, as much as he tried to make this a Jen Doudna biography, it really was a story about the community leading biosciences today, a discussion of the core questions of bioethics, scientist’s battle against the novel coronavirus and a dual biography of Doudna and Charpentier — one American, the other French. The subtitle belies the scope of the book: “Jennifer Doudna, Gene Editing, and the Future of the Human Race.”

Issacson doesn’t abandon his previous themes: science, genius, experiment, code, thinking different, but this is his first full length book to a female subject for the first time. While some may suspect Isaacson is guided by social pressure to focus on a female subject, Jennifer Doudna is a genuine heroine for our time.

Unlike his other books, where Issacson is a fairly distant chronicler and researcher, here Issacson is on the stage, in the mix. The whole book is filled with first-person appearances. While these may demonstrate his diligence as a reporter, they definitely bring the reader into both his world, but also into the scientific conferences, labs, and discussions with experts on both sides of disputes. At one point he even facilitates an important phone call that re-establishes a friendship between Doudna and Charpentier. However, a certain clubbiness attends some of these references, as when he names the restaurants where key conversations occur and he made me aware of the stratospheric level he operates in in society. By opening the curtain on his life, Issacson highlights how he is the grand doyen of American journalism who has headed TIME magazine, CNN and the Aspen Institute, and who treads easily in the corridors of power.

They are the sixth and seventh women to win the chemistry Nobel in its century-plus history. (Marie Curie was first, in 1911, followed by her daughter Irène in 1935.) The names Doudna and Charpentier had already been notably paired in 2015, when they jointly won the $3 million Breakthrough Prize in Life Sciences, and again in 2018, when they collected the coveted Kavli Prize in Norway.

This was both a tale of friendship, but also highlighted the frictionless collaboration that has been accelerated in the last year. Although Doudna and Charpentier never belonged to the same research institution, they formed a successful collaboration with each other and numerous colleagues in several countries by building on shared interests, camaraderie and competition.

We are able to get to know Doudna from her childhood, through her career, meet her competitors and collaborators, and fret with her over the future fallout of the CRISPR revolution and marvel at its positive potential.

She was inspired early on from reading “The Double Helix,” by James Watson. Though in this book Watson is the villain who becomes a projection of racism and patriarchy. Issacson highlights his snarky comments about the structural biologist Rosalind Franklin’s looks. His discussion makes me want to read Doudna’s own book, A Crack in Creation written with her former student Samuel Sternberg and published in 2017. Its subtitle, “Gene Editing and the Unthinkable Power to Control Evolution,” doesn’t understate how critical this field will be for my generation.

Doudna was raised by academic parents who encouraged her fascination with science, she flourished in college and went on to earn a doctorate in biological chemistry and molecular pharmacology from Harvard. After fellowships and postdoc programs at the University of Colorado and Yale, she joined the faculty at the University of California in 2002. In 2006, she learned about CRISPR, a system of identical repeated DNA sequences in bacteria copied from certain viruses.

Others had discovered that this was a defense mechanism—CRISPR DNA generates enzymes that chop up the DNA of the infecting virus. With collaborators, she discovered how CRISPR operates and invented a much simpler technique for cutting DNA and editing genes. Although known since the 1970s, “genetic engineering” was a complex, tedious process. CRISPR made it much simpler.

Traditional gene therapy is an insertion of a functional gene in the location of a dysfunctional gene or neighboring to it. CRISPR Cas-9 makes it possible to carry out genetic engineering on an unprecedented scale at a very low cost. How it differs from previous genetic engineering techniques is that it allows for the introduction or removal of more than one gene at a time. This makes it possible to manipulate many different genes in a cell line, plant or animal very quickly, reducing the process from taking a number of years to a matter of weeks. It is also different in that it is not species-specific, so can be used on organisms previously resistant to genetic engineering. 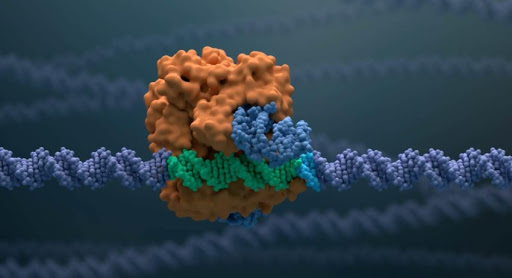 Doudna and Charpentier the two scientists co-authored a seminal paper in 2012 that galvanized the scientific establishment and led to a torrent of awards, culminating in the 2020 Nobel Prize in chemistry. This starts the race to apply gene editing to altering life and curing diseases, the intense debate over its morality, and the often childish quarrels over credit and patents.

Sometimes the rivalries prove fierce. Doudna and Zhang, after initially attempting to commercialize their discoveries jointly, found themselves in a fierce legal battle over intellectual property. At the heart of this dispute is the question of whether orchestrating CRISPR-Cas9 to work in human cells (Zhang’s contribution) was an essential feature of the discovery, or whether this advance was a relatively obvious and inevitable step after its efficacy had been demonstrated in a test tube (Doudna’s and Charpentier’s contribution). At stake is not only money, but also prestige and legacy.

Isaacson devotes much anguished discussion to the ethics of gene editing, especially when it comes to “germline” changes that can be passed on through generations and “enhancements” such as green eyes or high I.Q. that prospective parents could insert into their offspring’s genomes.

Isaacson also examines the case of Chinese biophysicist He Jiankui, who in 2018 defied the norms of the international scientific establishment by using CRISPR-Cas9 to alter the human germline—producing three genetically engineered babies. He Jiankui anticipated a heroic reception of Watsonian proportions, and the Chinese media was initially supportive. Yet the backlash from the scientific community proved ferocious, and He Jiankui ultimately found himself fired from his university and imprisoned for his research. One man’s iconoclasm, it seems, is another’s grave misconduct.

Issacson uses biography to provide an introduction to the complex moral and sociological questions that stem from these advances. He explores the potential for curing scourges like Huntington’s disease and sickle cell anemia, but also the slippery slope that might lead to creating offspring that are more intelligent or athletic. In doing so, he makes eloquent and succinct work of laying out the parameters of the debate between advocates of individual liberties and of collective welfare, introducing readers to the ideas of philosophers John Rawls, Robert Nozick, and Michael Sandel. As in his past volumes, Isaacson displays his gift for making complex material enjoyable to read.

Of particular concern to Isaacson and his community are the implications of gene editing for human equality, the fear that those with plentiful resources will use these technologies to expand the gap between wealthy and indigent. (Of course, the opposite might prove true: Carefully managed, such advances could be harnessed to level the playing field between rich and poor, adding a genetic boost to those who cannot afford SAT tutors and tennis lessons.)

One thought on “The Codebreaker”