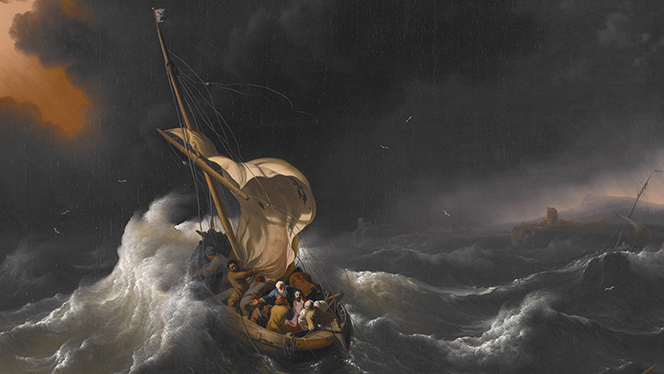 “If love is the essence and totality of the good demanded of us, how can it be known that we love?”

We think in groups and live in tribes. It’s hard to believe anything that doesn’t align with a big group of folks. The historical struggle between economic classes is shifting to a conflict between specific identity groups. This is a consequence of the failure of Marxism in practice. I’ve been given a front-row seat to observe that the power in our culture is increasingly concentrated into a few geographic regions that control business, marketing and media. Old ideas are recycled into weapons to gain political power as new groups align to seek their own self-interest. This leaves a lot of us confused as we try to live authentic and peaceful lives in light of constantly changing goalposts.

One way to view history is by teasing out the changes in hopes and fears. All people are constantly trying to be safe and in control of their lives, and some people (generally the *elite* which has been everything from the church to the secular left) are always trying to control others. It is a modern activity to leverage technology and the marketplace of ideas as a means to power. Since the 15th century, Europe has been the source of radical transformation. The shift from pre-Modernity to Modernity ushered in an era of constant change starting with the Italian Renaissance, followed by the growth of Humanism and the Reformation movement. The colonization of the East and the Americas, the Enlightenment, the French Revolution, new nationalistic states and the Industrial Revolution made all this spin faster. However, nothing accelerated things more than technology and the ability to record and share scientific knowledge. (cf Karl Barth, Die Protestantische Theologie im 19. Jahrhundert)

Things looked rosy for America and the West at the start of the 20th century. Scientists performed Miracles. Automobiles, modern factories, new medicines and aircraft gave the news a constant stream of novel wonders to share. Western countries were confident of their superiority as they reached the zenith of their political and economic power. This was coincident with an age where many theologians were optimistically convinced of man’s natural ability to know God and speak about God. They believed theology needed to be as “scientific” as all the other sciences. They were convinced that it would be possible to speak about God in scientific terms, based on the innate qualities of humanity. Human reason, experience, morality and history became the foundation of religious discourse. There were no doubts about our ability to improve and reshape society with the aid of scientific knowledge. Scientists were convinced that unlimited progress would create a better and brighter future for all people. Dreamers were in vogue reading novels such as Jules Verne’s, From the Earth to the Moon (De la terre à la lune), — the story of the Baltimore Gun Club and their attempts to build an enormous space gun which could launch the club’s president and a French poet to the moon.

World War I changed everything. Optimism was replaced by fear, and by the knowledge that science and technology not only facilitated the progress and well-being of humanity, but also the devastation of society and the destruction of humanity. This realization caused a major crisis in European society.

It was this crisis that led to our current discussion of critical race theory, which is an offshoot of critical theories that trace back to intellectuals, academics, and political dissidents dissatisfied with the contemporary socio-economic systems (capitalist, fascist, communist) of the 1930s. The Frankfurt School was an ideological consolation prize for the Marxists of the failed German Revolution of 1918-19, in the same way that Woke Progressivism was a consolation prize for those of the failed Revolution of ‘68. It was originally located at the Institute for Social Research (Institut für Sozialforschung), an attached institute at the Goethe University in Frankfurt, Germany. The Institute was founded in 1923 thanks to a donation by Felix Weil with the aim of developing Marxist studies in Germany. After 1933, the Nazis forced its closure, and the Institute was moved to the United States where it found hospitality at Columbia University in New York City. The Frankfurt theorists proposed that social theory was inadequate for explaining the turbulent political factionalism and reactionary politics that arose from 20th century liberal capitalist societies. Criticism of capitalism and of Marxism–Leninism as philosophically inflexible systems of social organization, the School’s critical theory research indicated alternative paths to realizing the social development of a society and a nation.

The academic influence of the critical method is far reaching. Some of the key issues and philosophical preoccupations of the School involve the critique of modernity and capitalist society, the definition of social emancipation, as well as the detection of the pathologies of society.

The legacy of the Frankfurt School is Critical Theory, which is a full-fledged philosophical and sociological movement spread across many universities around the world. Critical Theory provides a specific interpretation of Marxist philosophy with regards to some of its central economic and political notions like commodification, reification, fetishization and critique of mass culture. Marxism led to the Frankfurt School, which led to Critical Theory, followed by Critical Legal Studies, and finally Critical Race Theory. The end result today of all this in the public square is a post-modern struggle between culture and races that emphasizes lived experience over liberal argumentation and truth discovery. When people often talk past each other, they are failing to realize that they operate in wholly different truth systems.

In emphasizing lived experience over other sources of truth such as science and reason, everything is viewed as a racial power struggle. Philosophically, we trade Kant’s logical system for Foucault’s rejection of the knowability of anything. Marx’s fervent calls for bloody class warfare are replaced with an equally fervent focus on inter-racial dynamics as CRT assumes a priori that racism is present in everything under a doctrine known as “systemic racism.”

Enter Karl Barth (1886-1968), the local pastor of the small industrial town of Safenwil in the Swiss canton of Aargau. A fascinating fellow, he is no evangelical, but is the father of neo-orthodoxy and crisis theology. He addressed critical theory with a focus on the sinfulness of humanity, God’s absolute transcendence, and the human inability to know God except through revelation. The critical nature of his theology came to be known as “dialectical theology,” or “the theology of crisis.” This initiated a trend toward neo-orthodoxy in Protestant theology. The neo-orthodoxy of Karl Barth reacted strongly against liberal Protestant neglect of historical revelation. He wanted to lead theology away from the influence of modern religious philosophy, with its emphasis on feeling and humanism, and back to the principles of the Reformation and the teachings of the Bible.

Karl Barth presciently used the modern language of Wokeness in his defense of orthodoxy. He defined the entire life of Christian discipleship as people who are continually reawakened – continuous repentance, continuous transformation, continuous renewal. Barth was careful to say that Christians aren’t the people who are awake vs. everybody else who’s asleep. Christians are those who constantly stand in need of reawakening from the sleep of all kinds of errors and “fantasies and falsehoods.” To Barth, we have to be on guard so we don’t fall asleep to what’s true, and what’s coming to us in Jesus’ way of love and peace.

Barth departed from evangelicals in his view that the Bible not as the actual revelation of God but as only the record of that revelation. To Barth, God’s single revelation occurred in Jesus Christ. In short, Barth rejected two main lines of interest in Protestant theology of that time: historical criticism of the Bible and attempt to find justification for religious experience from philosophy and other sources. Barth saw in historical criticism great value on its own level, but it often led Christians to lessen the significance of the testimony of the apostolic community to Jesus as being based on faith and not on history. Theology that uses philosophy is always on the defensive and more anxious to accommodate the Christian faith to others than to pay attention to what the Bible really says.

“The person who knows only his side of the argument knows little of that.” — Karl Barth

Barth stays out of the evangelical camp due to his view of the individual’s role in scriptural interpretation. John Calvin, by contrast, emphasizes the inspiration of Scripture, the text itself being God-breathed, regardless of whether or how believers receive it. Barth prefers to speak of the out-breathing of the Spirit of God in both the text and the believer, thus distancing himself both from the exegesis of Scripture and from the Reformed tradition.

However, Barth is a bold defender of the rights of the individual and for the goodness of self-criticism. One of my favorite Barth stories tells of a letter he received which said Professor Barth, I have discovered the following contradictions in your writings, what do you say about these contradictions? And Barth ostensibly wrote back and said: Well, here are some others. And lists a few more contradictions. Yours faithfully . . . This is a powerful statement of the liberal idea of welcoming self-criticism.

This is in contrast to the anti-liberal idea articulated by critical race theory that race is a political construction that was invented by white people to give themselves power while excluding all other races from it, and racism is the ordinary state of affairs in society, present in all interactions, institutions, and phenomena, and effectively permanent in society. Karl Barth would be a powerful force for dialogue in an age where conservatives have to hide their views while activist groups use well orchestrated pressure to isolate and marginalize non-conformity.

This is why I find such joy in revisiting Karl Barth. He passes my “coffee test” where I know I would enjoy a sit-down with him. He combines love and grace with an intense pursuit of the truth and then dares to think original thoughts. The fact he doesn’t fit in my American Evangelical tribe is a welcome bonus. I’m pretty sure everything I believe is wrong in some way. Both my orthodox theology, my teleology and my scientific worldview compel me to admit that every tenant I hold should be tested and improved. This is why I love voices that start with grace and end with brilliance. I’m open to change and hunger to learn, but skeptical of political agendas. I’m aware that history is the story of power politics. Oppression is real, but doesn’t belong to one identity. Insight and wisdom are real, but don’t belong to one group. He shares that we are all equally guilty, and equally deserving of grace. Karl Barth preached, wrote and shared his wisdom by inviting others to learn. He and I share the same loves (wisdom, Jesus, learning and talking) and many of the same convictions (that grace and redemption are real, possible and freely available). I’m glad he took to the time to share his thoughts as they are a great comfort in times such as these.